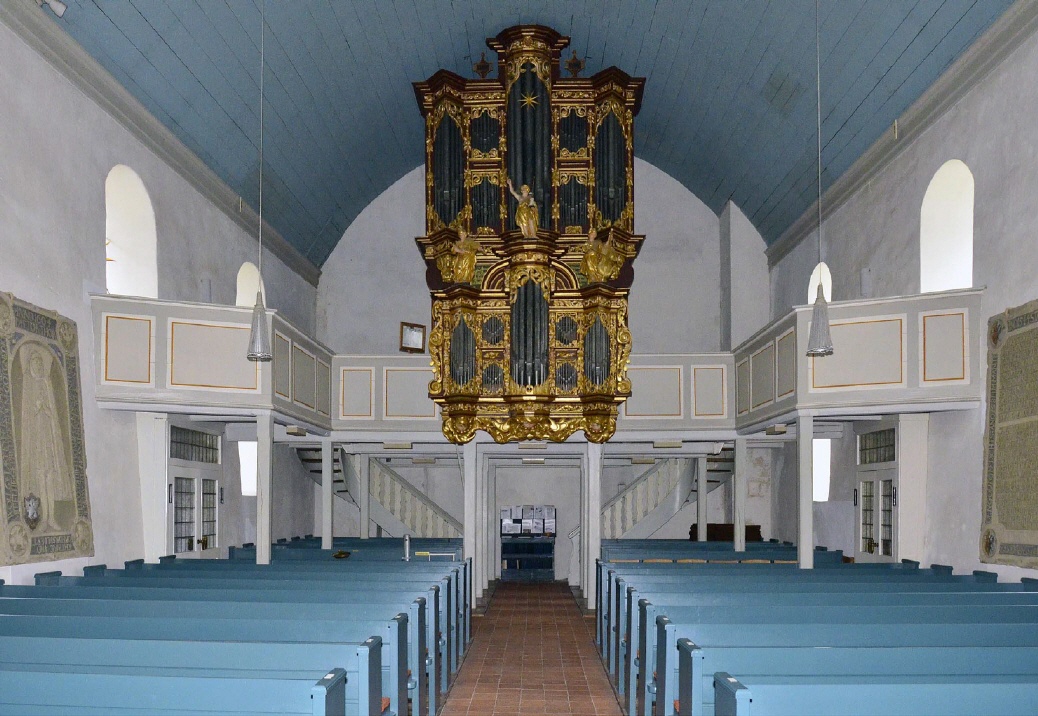 Originally built by Arp Schnitger in 1680 for the Hamburg monastery church of St. Johannis, the parish of Cappel purchased the instrument in 1816 during the turmoil of the Napoleonic Wars. In 1810, the old Cappel church had fallen victim to a fire, leaving only the tower visible from afar. A new church was built as early as 1815-16, in which the “used” Schnitger organ was placed in the gallery of the church. There was no money available in the small parish for restorations or renewals of the organ, and so the instrument fell into a Sleeping Beauty slumber, so to speak. Thus, this monument from the time of Arp Schnitger’s highest creative power has been preserved unchanged.

Organ lovers were first awakened in 1950 when Helmut Walcha recorded his famous Bach recordings (1950 and 1952) on this organ. In the meantime, the Cappel organ is known worldwide, and not only among music lovers. Intensive cooperation between the Arp Schnitger Organ Association, founded at that time, and the Bremen Academy of Music confirms the instrument’s supraregional importance. Through this cooperation, students from all over the world have the opportunity to play the Cappel organ.

Warning: The web is with pictures of Cappel – Arp-Schnitger organ advertised for the purchase of a software / sample set for download. These recordings do not match the sound of the Arp-Schnitger organ Cappel. We distance ourselves from these sellers!

COME TO US AND SEE FOR YOURSELF !!!

on Arp Schnitger Orgel in Cappel